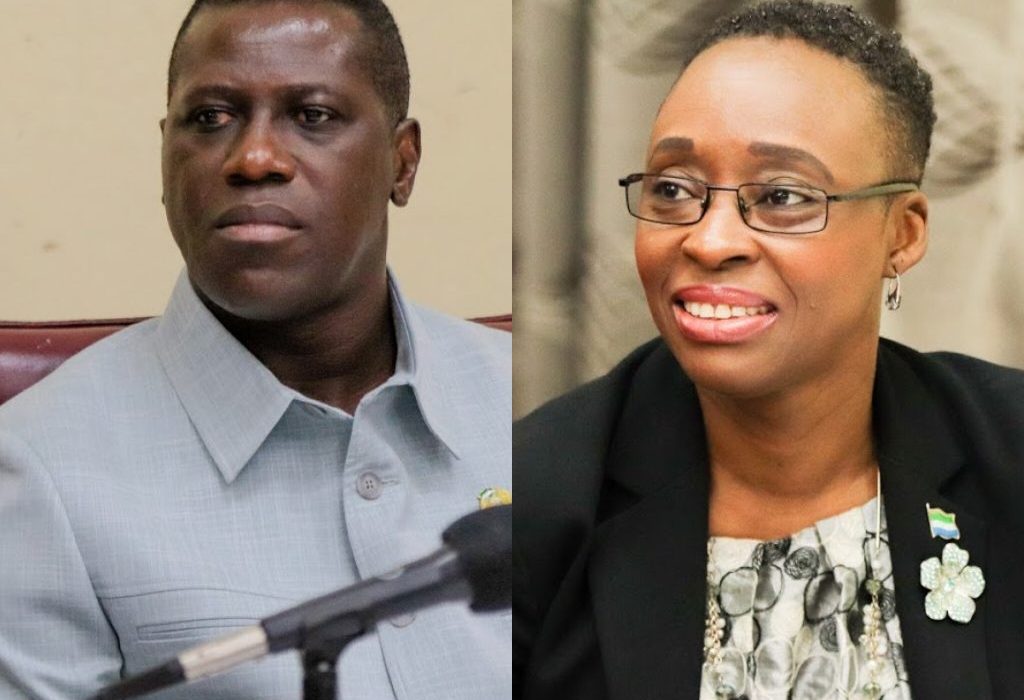 June 17, 2019 –  Freetown, Sierra Leone: An e-Justice tool that uses a Geographic Information System (GIS) developed at The Directorate of Science, Technology, and Innovation (DSTI) digitizes local courts and cases in Sierra Leone. E-Justice is the use of technology to improve transparency and efficiency for wider access to justice.

A prototype of the integrated GIS tool was used to visualize, and digitally map the geographic locations of  Sierra Leone’s local courts. Henry Musa Kpaka, Ph.D., London School of Economics (LSE), collected the geospatial court data while DSTI provided the technical and statistical support needed to analyze the data for policymaking. DSTI welcomes and encourages all researchers and academics to submit data that will enhance the GIS portal.

“H.E the President is committed to ensuring that our justice system is impartial and accessible to every Sierra Leonean, ” said Professor Francis.

”A justice sector that is transparent, coherent, robust and most importantly developed on the principle of dialogue amongst government, citizens, communities, justice delivery stakeholders and our development partners is what will best serve Sierra Leone.”

The geospatial mapping of the local courts is the first nationwide digitization of the geographic locations of 241 local courts in 149 chiefdoms over the past decade in rural Sierra Leone. Upon deployment of the GIS portal, citizens and policymakers will be able to log in to locate any court and to gain a better understanding of the nature and type of disputes at the provincial level. Although the local courts were established in 1963 to adjudicate over land and civil disagreements, there has been limited oversight of the courts by the Judiciary.

“In the past, we relied on data that was not initiated by the government,” said Dr. Priscilla Schwartz, Sierra Leone’s Attorney General and Minister of Justice.

The Attorney General said that while the local courts offer the nation’s most vulnerable access to justice, the Judiciary did not have the tools to explore the nature of dispute resolution on a national scale until now.

“Thanks to DSTI, we have credible government-owned data to assist with the digitization of Sierra Leone’s justice sector.”

Mr. Kpaka, a Ph.D. candidate at the LSE, explored several questions related to costs to access to the courts, distance to the courts, record keeping, legal capacity, efficiency, and cultural attitudes around dispute resolution. He found that across Sierra Leone, locals do not access justice through the courts because of mistrust.

“There are some places where there are court buildings, but when you go there they will say no this hasn’t been working for over five years,” said Kapka.

The Directorate of Science, Technology, and Innovation (DSTI) in the Office of the President has a mission to use science, technology, and innovation to support the government’s National Development Plan. DSTI has been pioneering the use of state-of-the-art tools in service of its strategic pillar linked to data analytics for decision making. While scientists at DSTI have been the core of this transformative use of data analytics across government, they work closely with partners in and out of government.

“The GIS portal takes data like what we received from Mr. Kpaka, maps and visualizes it into an accessible format that can be used to inform policy,” said Glenna Wilson, Data Engineer, and GIS Portal Technical Lead at DSTI.

“We collect data from all Ministries, Departments, and Agencies. Then we write the programs to analyze the data using tools like Python. Our ultimate goal is to provide the technology to allow everyone to access and understand  data to enable better decision-making from the central government to Sierra Leonean citizens at the last mile.”