Sierra Leone will use DNA tests to help save crops, and investigate crimes- here is how 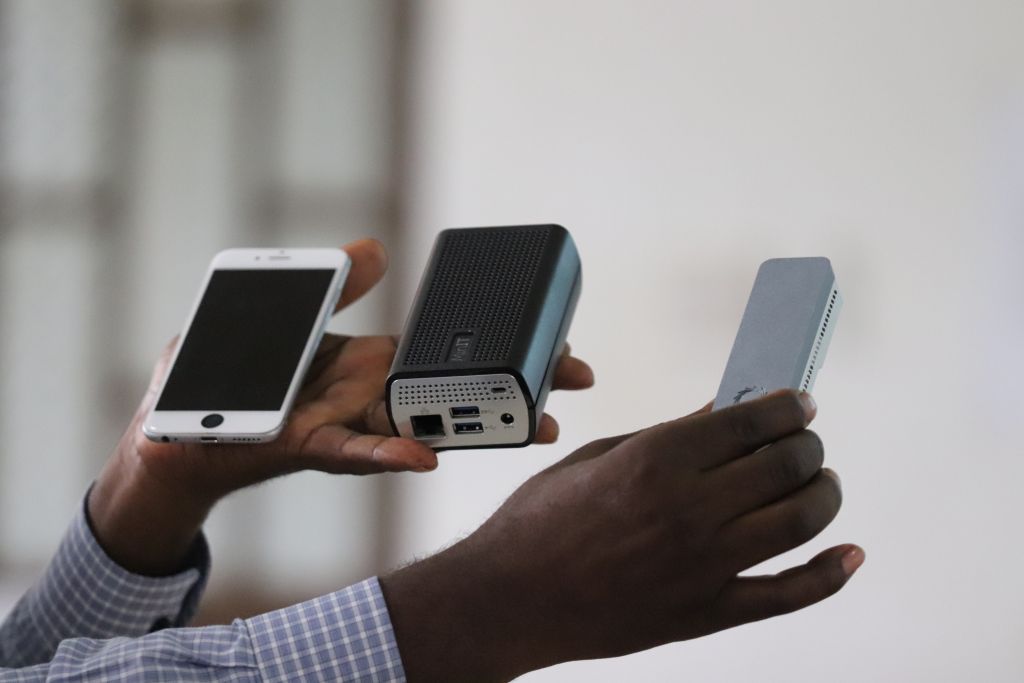 Before now, the only way local scientists could test DNA was to take their samples to foreign countries. It was costly and inefficient.

The team of scientists who facilitated the workshop was led by Dr. Laura Boykin, an expert in plant biology and computational science. Dr. Boykin’s journey to Sierra Leone began at the 2019 TED Conference in Vancouver where she and other TED Fellows met with President Julius Maada Bio. Dr. Moinina Sengeh, also a TED Fellow and Sierra Leone’s Chief Innovation Officer was part of that meeting in Vancouver. Both Dr. Sengeh and Dr. Boykin said they were inspired by President’s Bio call for the use of science for development. They continued conversations, and that led to the Directorate of Science, Technology, and Innovation (DSTI) organizing the technical workshop in Sierra Leone.

DNA sequencing is the process used to determine the precise order of the four nucleotide bases adenine, guanine, cytosine, and thymine that make up a strand of DNA. MiniION Nanopore Sequencer is a mobile DNA/RNA testing device that performs biological analysis. According to the inventors of the nanopore sequencer – Oxford Nanopore Technology – the device is currently used for research into human genomics, cancer, microbiology, plants, and the environment in almost 100 countries.

“The typical model is people fly from the UK or the US; they take the samples from here and use technology in their lab. That’s not empowering local people. We’re trying to get rid of this colonization of science.”

Beyond research, Nanopore sequencing provides rapid, meaningful information in the fields of healthcare, agriculture, food, and water surveillance and education. In Sierra Leone, the test cases will be plant pathology and the investigation of sex crimes.

Scientists at the workshop at Njala University also compared the results of the MiniION Nanopore DNA sequencing device to other Artificial Intelligence mobile apps and human experts for predicting cassava disease.

Out of a sample of 12 cassava plants, an evaluated Cassava AI App which works with mobile phones showed that 60% of the cassava plant samples had the Cassava Mosaic Disease. The App further revealed that 20% of the samples were infected with the Cassava Green Mite Disease, while 20% had no disease. However, the results and outcomes varied depending on the operating system of the mobile phones used to run the tests. When the same 12 samples were tested using Nanopore DNA Sequencing, the results showed that the AI App missed infections. Some samples that had reported negative by the App came back positive, and some samples that the app reported as having only Cassava Mosaic Disease had another infection.

“We are quite aware that 50% of the yield loss from our crops emanate from pests, weeds, and diseases,” said Dr. Alusaine Edward Samura, Plant Pathologist, Njala University.

“You cannot effectively control those biotic stresses If you cannot identify the causative agent. Proper diagnostics leads to proper decision making in terms of providing solutions to mitigate the current problem.”

In addition to helping plant biologists increase yield, DNA sequencing will also make it easier to investigate crimes, specifically sex crimes. Where a rape kit is collected, from a victim, DNA can later be used to match suspects with DNA left behind.

In 2016, Superintendent Mira Koroma, Head of the Family Support Unit, asked that the government finance a forensics lab to aid in the investigation of sex crimes. Three years later and the FSU still doesn’t have one. But with the Nanopore mobile DNA sequencing, they don’t need a lab, and for just $3000 they can test DNA evidence.

“This workshop was an excellent demonstration of inter-agency collaboration between SLARI, MAFS, Njala, DSTI, and others,” said Dr. Sengeh.

“The President challenged DSTI to bring the best from around the world to Sierra Leone so that we can learn and co-create to address our challenges and to fast track our national development. We are doing just that,” said Dr. Sengeh.

At the end of the 3-day training, a device set was donated to Njala University where research scientists in Sierra Leone will continue to use the MiniION device for DNA extraction, sequencing, and analysis for other cash crops like cocoa, coffee, and to be used in crime investigation.

Previous
Notice for Expressions of Interest for Drone Corridor Project; Engineering and Construction Works
Next
The secrets of scientific writing unlocked at DSTI workshop at Fourah Bay College