Njala University student writes code for his country: how an intern’s grit earned him a role in the Office of the President 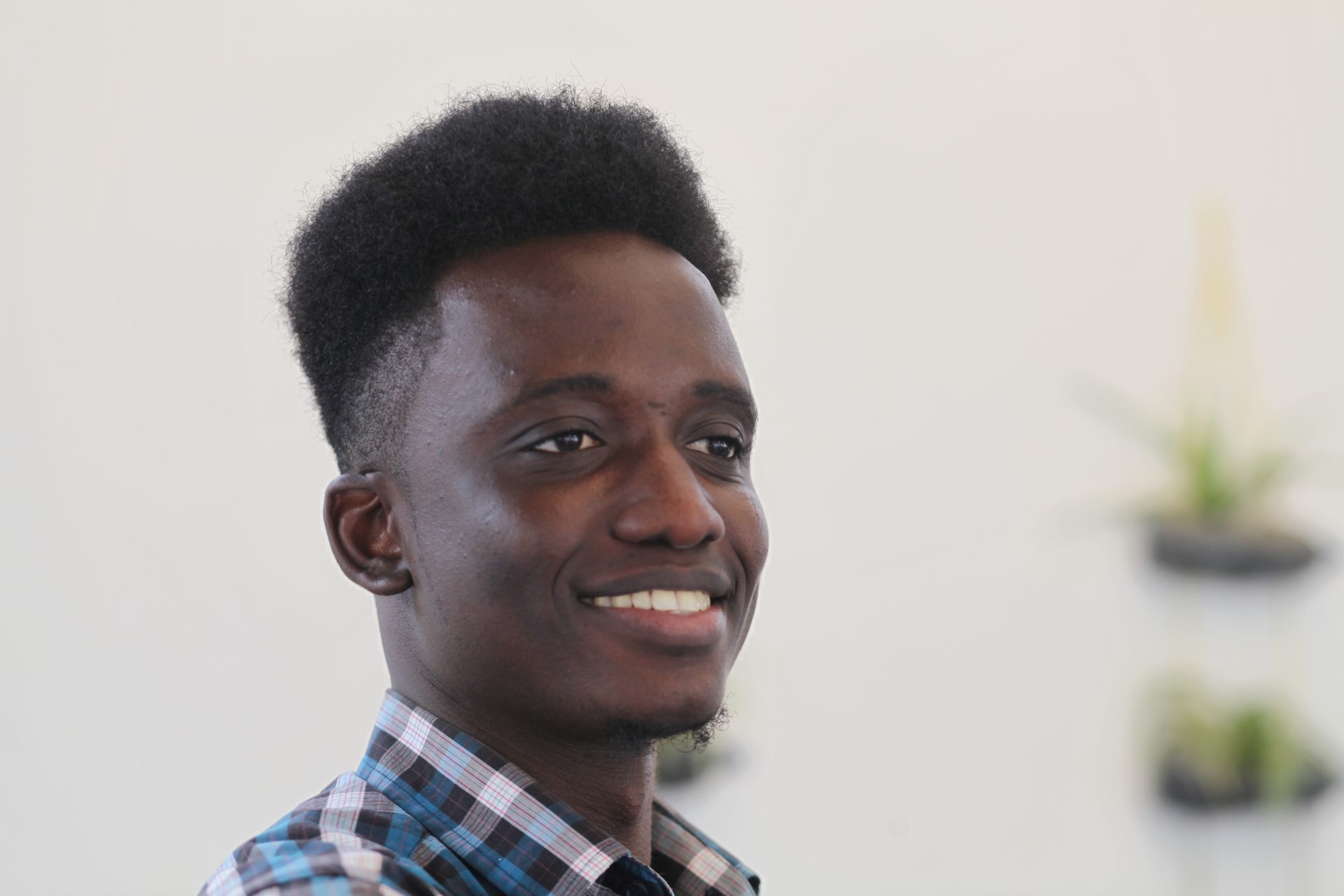 Sierra Leone’s Office of the President (OtP) will soon launch a new online invitation platform that will help the government manage and respond to invitations for President Maada Bio. The development of this OtP Event Invitation system was led by Foday S.N. Kamara, a 25-year-old intern at the Directorate of Science, Technology, and Innovation (DSTI).

Foday, a final year Njala University student was the first intern to join DSTI when the office was commissioned last year. He says that it was the 2003 film, “The Italian Job”, that sparked his interest in coding and algorithms. In one epic scene in the movie, Actor Seth Green’s character Lyle writes code to develop a new algorithm to override the traffic light system in LA to allow his crew to make a getaway after a major heist. This scene made Foday wonder what else he could do with algorithms. He borrowed books from a relative and taught himself to code. That was 16 years ago. Today, he is a final year Computer Science & Information Technology student at Njala passionate about writing code to support his country’s digitization efforts.

Before he joined DSTI, Foday had been developing an early warning SMS disaster response system to alert citizens of emergencies. In 2017 a mudslide, caused by heavy rains, and deforestation killed over 1000 Sierra Leoneans in just one day. That catastrophe inspired him to develop a solution that would reduce casualties during emergencies. Data for decision making, effective service delivery and citizen engagement are part of DSTI’s key strategic pillars.  Citizens need digital services that will enhance their lives and improve interaction with government.

When given the opportunity, he immersed himself and made a home at DSTI. Although just an intern, his commitment and attitude to problem-solving made him the Directorate’s first ever employee of the month in January. He was part of a team of scientists that are developing a prototype fleet management system that will allow the government to keep better manage its vehicles. Last year DSTI scientists revealed that illegal transfers of vehicles cost the state over $1 million dollars.

DSTI staff often play football, make music and dance #ShakuShaku together in the office. Yet Foday reflects that problem-solving sessions with Dr. David Sengeh, DSTI’s Chief Innovation Officer will be most memorable of his time at DSTI;

“Most times when we have difficulties we complain. We say, ‘doc I’ve tried everything but its not working’. He’ll just tell you that you need to fix it, you should fix it. Several times we asked the same questions and get the same response. It’s fun. I thought why should we be asking , why can’t we get it done before we complain.”

Over the last six months since its launch, DSTI has trained several interns from Sierra Leone’s universities and high schools. Monjama Alpha, the top Physics and Engineering first year student at Fourah Bay College; Joseph Jawa Kebbie, a high school graduate from Christ the King’s College in Bo, and several students from Institute of Public Administration (IPAM) have learned to code and build systems alongside full time staff. DSTI offers these kinds of internships, fellowships, and externships for students, post-grads, and professionals who want to build the solutions that will transform Sierra Leone into an innovation nation.

For more information about opportunities at DSTI please contact us.

Check out Foday’s story in our first podcast from the lab.