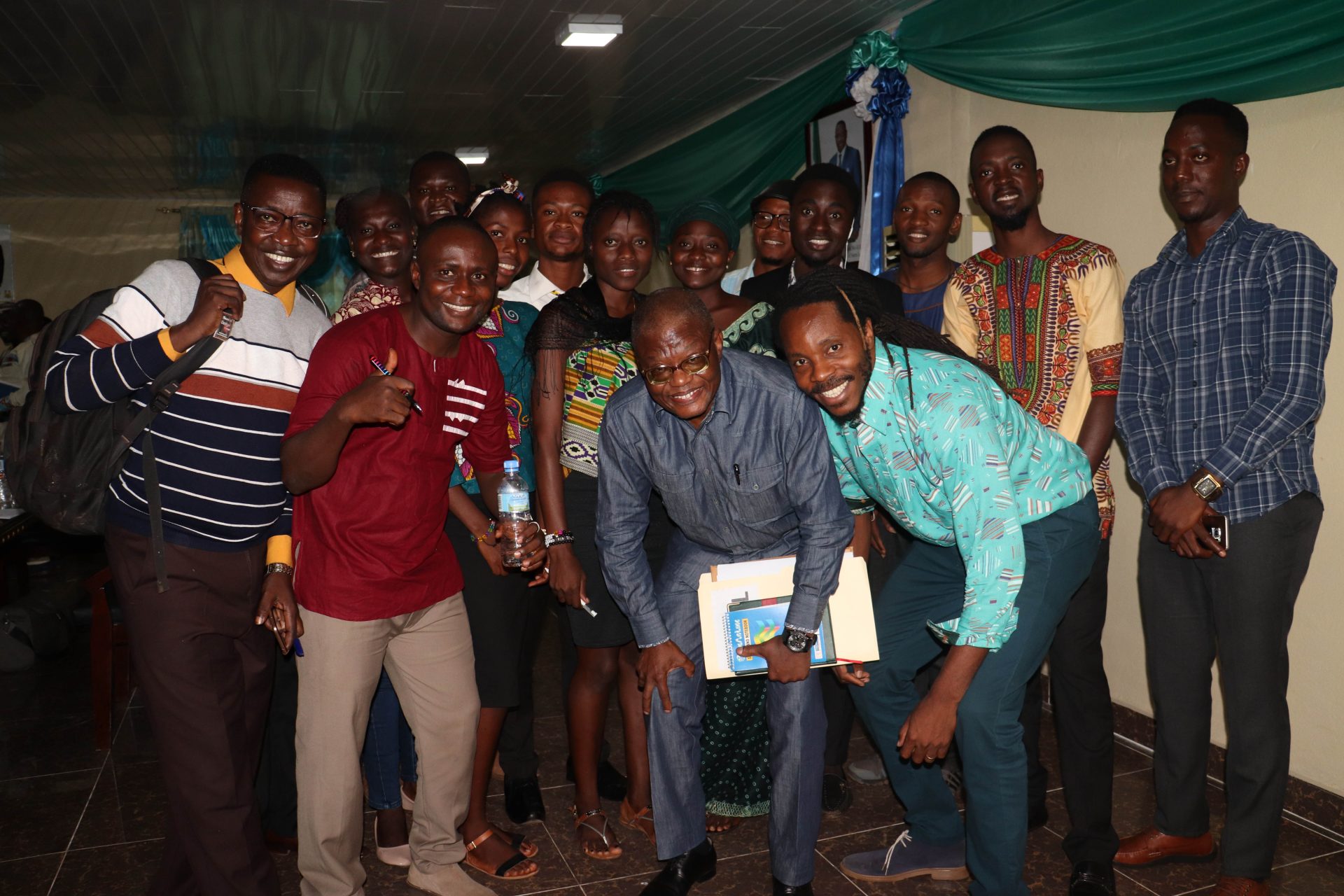 Njala University is taking a new approach to learning with a focus on technology and innovation in Sierra Leone. Leaders at the university say that if graduates do not have the skills to match emerging job market opportunities in Science, Technology, Engineering, and Mathematics, the institution would be failing its students and not be fit for purpose.

At an academic seminar at the University’s Mokonde campus, Dr. Maurice Sesay, Acting Head of Physics & Computer Science laid out a plan for how computational thinking, connectivity, and coding can be used to prepare students for 21st Century jobs. According to the United Nations Development Program (UNDP), Sierra Leone’s youth unemployment rate is 70% with some 800,000 young people looking for jobs at any given time.

“We need to bridge the gap between the university and the workforce so that the curriculum can be designed to make students more marketable,” said Dr. Sesay.

Dr. Sesay who recently returned from a week-long hands-on workshop in April at Massachusetts Institute of Technology (MIT) in Boston is the focal point for Njala’s membership at the Abdul Latif Jameel World Education Lab (J-WEL) at MIT. The Directorate of Science, Technology, and Innovation (DSTI) at the Office of the President appointed Njala University to be Sierra Leone’s beneficiary into the J-WEL program because it is the nation’s leading educational institution for STEM with a robust research program in Computer Science and technical postgraduate education.  DSTI, whose mandate is to transform Sierra Leone into an innovation nation, has an ongoing research and knowledge-sharing relationship with MIT that includes forging partnerships between academic institutions in Sierra Leone and MIT.

J-WEL is an incubator for change which “aims to spark a global renaissance in education for all learners, by leveraging MIT’s resources to convene a global community of collaborators for sustainable, high-impact transformation in education through research, policy, pedagogy, and practice.” J-WEL membership includes other higher and technical institutions from Asia, South America, Europe, and Africa.

“Higher education systems around the world are undergoing a tremendous transformation in the face of unpredictable circumstances in the job market due to rapid advancements,” said Dr. Sherman-Kamara.

The 21st Century technological revolution, also known as the Fourth Industrial Revolution, means that mechanized jobs are giving way to automation; creating a demand for STEM skills,  computing, and data science. Rapid prototyping, Artificial Intelligence, machine learning, and social media marketing are some of the 20 fastest growing skills in the world. Those who cannot learn the language of computing will be left behind.

“Coding is just a language; everyone can code. The best students, the most marketable, will be those who can speak spoken languages as well as computer languages like python,” said Dr. Sesay.

In attendance at the Seminar were higher education administrators from across Sierra Leone including the Vice-Chancellor and Principal of Njala University, the Vice Chancellor of the Ernest Bai Koroma University of Science and Technology, and other representatives from Eastern Polytechnic in Kenema, and Milton Margai College of Education and Technology.

At the end of the Seminar by Dr. Maurice Sesay, Njala and DSTI signed a Memorandum of Understanding. Dr. Moinina David Sengeh, Sierra Leone’s Chief Innovation Officer, said that Njala has demonstrated tremendous leadership in the manner in which it had embraced technology. The school has not only made ICT compulsory for all incoming students, but Njala also offers free open WIFI on campus (a first in the nation), allowing instant connectivity and public access.

“In terms of the Fourth Industrial Revolution; digital biology, 3D printing, artificial intelligence, you’re talking about the right things to make Njala not just a leader in Sierra Leone, or the continent, but for Njala to compete globally,” said Dr. Sengeh.

He challenged the university’s administration to go beyond making computer science compulsory to making coding as essential a part of the curriculum as English and Mathematics. Moreover, to the students, he encouraged each one to make it a priority to solve the problems with technology affecting students on campus.

“It is our responsibility as students, as learners, to create the solutions that we need,” said Dr. Sengeh during a roundtable with a cross section of students.

To further support learning, and problem-solving at Njala University, Dr. Sengeh on behalf of the Directorate of Science, Technology, and Innovation donated a 3D Printer and materials to the university- making it the first institution in Sierra Leone outside of the Office of the President to own 3D printing technology.

At the launch of DSTI last year, President Bio challenged Sierra Leoneans to think big, to be innovative, and to change to meet the demands of the world; a message which resonated with the faculty at Njala, who are led by Vice-Chancellor, Professor Abdullah Mansaray.

“If we are to make meaningful contributions to national development, we have to innovate, we have to redesign and restructure the entire higher education sector,” said Professor Mansaray.

Njala University is re-engineering itself from the top down to create an academic ecosystem where research, problem-solving, and innovation can thrive.

“We plan to establish an innovation laboratory, and for that, we need material and financial support,” said Professor Mansaray.

“But the most important of what we need is the intellectual backstopping that Dr. Sengeh and his team {DSTI} will be providing us.”