Government is big; but it is small enough for one to have real impact built on vision and values 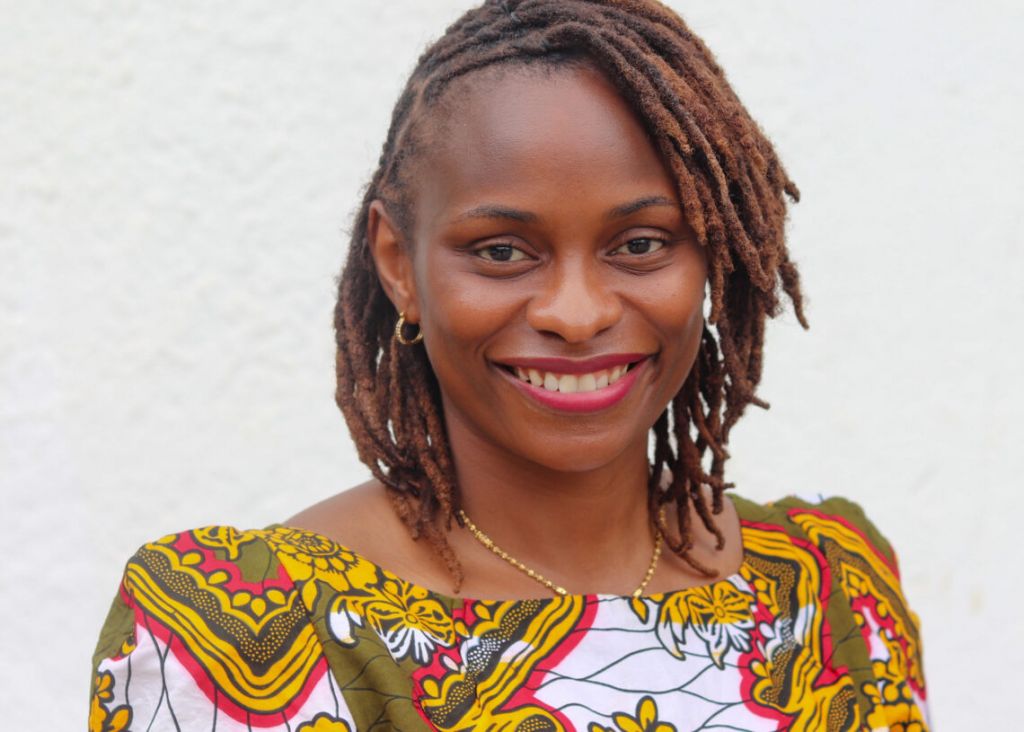 When you think about government and working for the government, what do you imagine?

Two years ago, a word cloud of my perceptions read something like this: Governance, Politics, Opaque Systems, Policy, Regulations. At the time, I had just been offered (after a competitive process) the opportunity to work for the Government of Sierra Leone (GoSL) at the Directorate of Science, Technology and Innovation (DSTI). While I had spent the majority of my career in the public sector, I had never worked directly in government (and definitely not close to an Office of the President) and had no idea what this pivot might mean. At the time of the offer, I had built a career and identity focused on studying, deconstructing and organizing against systemic power dynamics in the international development space; designing, running and facilitating adolescent girls programs and movements globally. I am a lawyer but I saw myself as metaphorical David, the small and powerful antidote to Goliath and his excesses.

Substituting the government for Goliath in my imagination and experiences, I struggled with this cognitive gap and had difficulty imagining how I would fit in and what value I would bring. Nonetheless, I was deeply inspired and compelled by H.E. President Bio’s desire to center science and evidence in his government’s decision making and by Dr. David Sengeh’s vision and values for DSTI. I saw the magic and wanted to be part of it. I wanted to help build and resource it. I stood a chance, I thought, to broaden my experience, lending it more grit and a more balanced perspective, deepen my humility and desire to serve as I heard that working in government can be a thankless job. At the very least, I would update my word cloud and perspective on government.

Turns out, I could not have chosen a better landing and transition into government. Whereas I expected big government and the attendant bureaucracies and inefficiencies, DSTI was an enabling oasis that allowed my colleagues and I the privilege of exercising unbounded intellectual and creative freedoms in effectively crafting our mission, our team and work environment. Under those conditions, we set out “to use science, technology and innovation to support the Government of Sierra Leone to deliver on its national development plan effectively and efficiently; and to help transform Sierra Leone into an innovation and entrepreneurship hub”. We would aim to build a culture that was rooted in the ethos of collaboration, openness, agility and one that focused on the future, problem-solving and humility to unlearn and learn with and from others. We curated a team and environment where young people (in my late thirties, I am one of the oldest staffers at DSTI) and women were not just equally numbered but equally voiced. DSTI is arguably the most gender equal institution in government I am aware of. For me, this is a high note not only because this outcome was consistent with my feminist values, but our approach to recruitment I believe guaranteed that we were able to curate the best and most capable team to deliver our mission in government.

I have worked with brilliant and thoughtful men at DSTI without a doubt, however, it is the young women at DSTI whom I have been privileged to collaborate with, to champion and work with that give me the most hope for our country and its future. In those DSTIWomen, I saw and experienced compassion, empathy, drive, humility, honesty, wisdom and brilliance, all qualities that we desperately need at the top of our government structures. The freedoms that allowed us to act were underwritten by a few factors which were enabling in ways I cannot overstate: the start-up nature of DSTI, the complete endorsement of the executive, and the appointment of solid leadership to DSTI with crystal clear vision. Why at the end of the day do all of these matter when experience in and of the larger government remains different?

I believe that DSTI and what we have built at DSTI matters not as an aberration in the matrix but as a demonstration of what is possible and beyond within our ecosystem. It is an example of what is possible when we imagine different, when Goliath cedes power, when we have leaders who are driven by values, evidence and empathy.

As if that wasn’t all enough, I also had the chance to move and influence several systems shifting initiatives while at DSTI- something not often imagined possible in government systems. I did this at a level I could only have dreamt of in my previous roles. Coming from the NGO space, I am attuned to the fact that many best in class ideas from the field never break through the project cocoon to replicate and embed in more scalable and sustainable structures. Government can be the north star for scale and sustainability so in my work I had always eyed and appreciated the possibilities and benefits that could come out of innovating alongside government. I just never thought I would be innovating from within government with the necessary mandate to collaborate, convene, influence and actually witness how my work actively molds and shapes government programs and policy that have direct impact on society. Just last year, a team I led at DSTI, in close collaboration with Ministry of Basic and Senior Secondary Education (MBSSE), Teaching Service Commission (TSC), the Tony Blair Institute and other senior government advisors, launched (through the Human Capital Incubator) its first Education Innovation Challenge– a US$1.5M initiative.

Leveraging the Free Quality School Education Programme launched by the central government, the Education Innovation Challenge is designed to support quality education outcomes in Sierra Leone by working with education service providers to test innovations aimed at radically boosting learning outcomes from Sierra Leonean children at the primary school level. This programme was designed with a learning objective (DSTI was involved in design and implementation to the extent that we were interested in creating a solutions ecosystem with MBSSE) and with an end goal and transition plan to MBSSE, the government body with the education mandate. This means as I now plan my move away from DSTI, the first  Education Innovation Challenge has also grown and entered its next phase. Earlier this year, we brokered a partnership with the Education Outcomes Fund to scale the experiment to a pilot which will find a new implementation home within the MBSSE with significant financial commitments from government and other partners.The speed and efficiency of this adoption is remarkable and I deeply appreciate that it would not have been as seamless working from outside government.

I also anchored GoSL’s relationship with the Digital Public Goods Alliance, where the Republic of Sierra Leone is one of four champions, helping influence and shape policy and facilitate resources for open digital technologies and data models towards the attainment of the sustainable development goals in countries like and including Sierra Leone. I was center in facilitating transformative trips and relationships, including the Harvard-MIT engagements and our grant awards, that birthed many other opportunities and involved pitching and persuading partners to direct investment in government through DSTI to enable us to drive evidence-based policymaking and research. These engagements have measurable, visible and direct impact on the lives of people and this is humbling.

Lest I start to give the impression that it was all la vie en rose, it is important to note at this point that I also encountered numerous challenges and frustrations in my work and not everything I touched turned to gold. In fact, I did fail at times. Some argue that failure makes learning possible. I agree, with a broad caveat that failure makes learning possible within an institution only when that institution is keen to learn, is flexible and has a built in ability to absorb and bounce back. One failure that does stand out is my inability to successfully establish a physical hub space for the Human Capital Development Incubator.

When I joined DSTI, the team had already brokered an agreement with an academic institution in University of Sierra Leone (IPAM)  to use their penthouse space for DSTI. The ambition at DSTI was to design and create a hub space that would accommodate the HCD Incubator, IPAM student entrepreneurs and a coding school. In fact we had entered into an agreement with a corporate sponsor to establish the coding school. The sponsor had agreed to cover recurring costs of running the school and as owner of the space and school, DSTI would cover the capital and all other costs associated with establishing and running the Incubator space and coding school. Unfortunately, I was not able to mobilize the full funding we needed to kickstart this important project. This delay caused some frustration for our partners and while the project hung in limbo, we had to cede use of the penthouse space back to IPAM and there is a chance our corporate sponsors will move ahead without us.The HCD Incubator, even without an official space, operated and thrived from my tiny office at DSTI. At one time, that space was host to more than 6 staffers at a time! Good times.

A big shout out to every career civil servant who has toiled under a less than ideal and enabling condition as I have during my short time in government. I understand my experience is not representative of the majority and the very outcomes that have made my time so fulfilling are not guaranteed even over the course of a career. This is so because moving big bureaucratic systems can be onerous and systemic changes happen slowly and impact often is not felt until years later, often time after a particular administration has passed. I think of it this way: our lines remain long- our lines for opportunities, ministry lines, recruitment lines, payment systems, even getting paid takes longer than what it should- and for citizens, most interaction with government most likely still feels like a long waiting game.

These challenges are exactly why DSTI should exist and be optimized for: The freedoms and mandate granted DSTI are extraordinary and necessary in our quest to enable an ecosystem that accelerates and leapfrogs our national progress whether it is through solving for our basic literacy and numeracy issues, making it easier to do business in Sierra Leone or designing systems to enable government to do its work faster, optimize service delivery to citizens and reduce the time citizens spend waiting for basic government services in health, education or other social services.

I acknowledge we are far from solving our most critical problems and some of the issues I have worked on and highlighted here are still percolating—as a country, we still have a gender problem, we are still struggling with our education outcomes, many of our compatriots do not have the basic necessities but I am proud that in my time at DSTI, I had the opportunity to be changemaker and part of the solution to help demonstrate, build and show the kind of changes that will drive the President’s vision for a true new direction—a Sierra Leone fit for every child and every woman and every citizen.

Click here to apply for the position of Head of Global Partnerships and Business Development.

Previous
Rural Land Reform in Sierra Leone: Are We There Yet?
Next
Sierra Leone launches Online Travel Portal to Manage Passenger Safety During the Pandemic