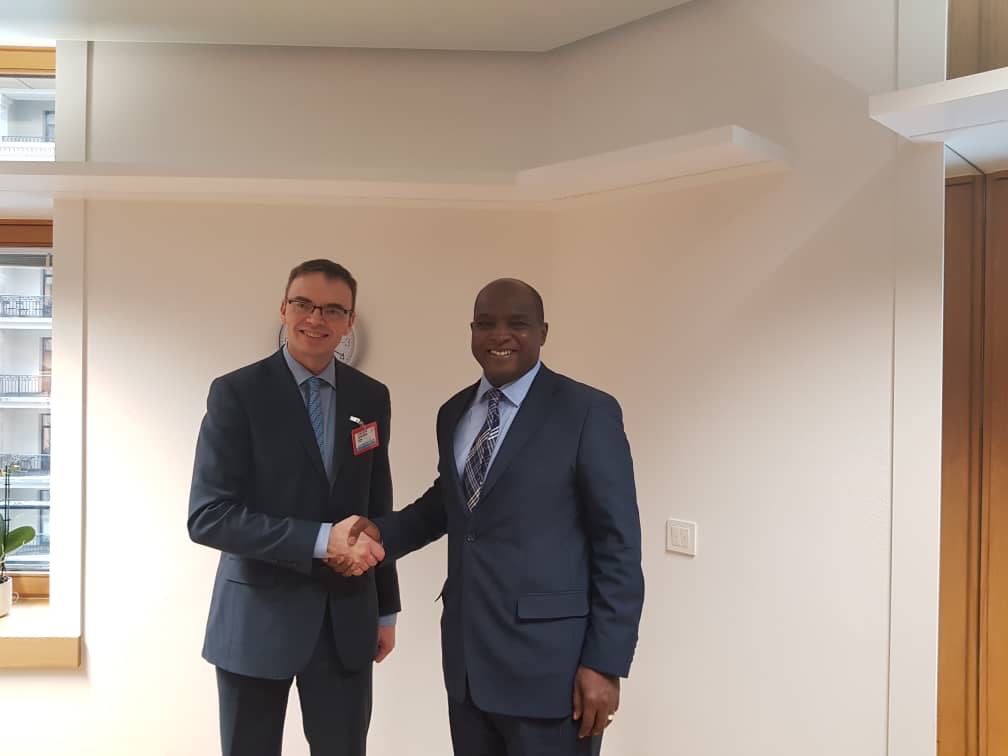 The Government of Sierra Leone wants to use technology to transform Sierra Leone into an innovation nation; in this regard, its Directorate of Science, Technology, and Innovation (DSTI Sierra Leone) has secured a new partnership with the e-Governance Academy of Estonia (eGA). The eGA is a global leader for digital transformation for central and local governments.   DSTI Sierra Leone and eGA have signed a three-year MoU to establish technical collaboration on e-governance for public service delivery and administration in Sierra Leone. “Estonia is a world leader in e-governance and they keep innovating”, said Sierra Leone’s Chief Innovation Officer, Dr. David Sengeh. “Sierra Leone is a nation seeking to lead in public service delivery for everyone including those on the edge: the connected and unconnected, and the educated and uneducated. That is why I am most excited about this partnership. We will learn and build together and share back the lessons with the world.”

Officials from Sierra Leone and Estonia at a bilateral session at the EU-AU Meeting for African Foreign Ministers in Brussels – Jan 2019.

Jointly, DSTI Sierra Leone and eGA will develop new policies and frameworks particularly around digital identity, digital payments, and government cloud solutions. Specifically, Sierra Leone will benefit from capacity building in areas of e-governance for public officials, public service delivery and citizen engagement. DSTI Sierra Leone’s vision is to “use science, technology, and innovation to support the Government of Sierra Leone to deliver on its national development plan effectively and efficiently.” While eGA’s mandate is to “create and transfer knowledge and best practice in the area of digital transformation: e-governance, e-democracy, and national cybersecurity” as an independent non-governmental organization. “The e-Governance Academy is proud to be a partner for Sierra Leone in developing e-government,” said Director for Development of eGA, Mr. Hannes Astok. “We can provide world-class expertise based on the e-government success of Estonia as well as our work done in other countries building digital infrastructure, developing cybersecurity and taking the services and operations of local governments to a new digital level. Let’s turn e-government on in Sierra Leone!“ Efforts to strengthen existing ties between the two nations began at the 2018 UN General Assembly, and continued to the recently concluded EU-AU Ministers of Foreign Affairs meeting in Brussels were representatives from both nations engaged on issues of technology and good governance. This partnership will be bolstered when DSTI Sierra Leone participates in the eGA’s “e-Governance Conference 2019: Same goals, different roadmaps” in May. An expert delegation from Estonia will also make a working visit to Sierra Leone. To learn more, please contact Aissatou Diallo from DSTI (aissatou@dsti.gov.sl) and Tiina Viiderfeld (tiina.viiderfeld@ega.ee)
DSTI Sierra LeoneeGovernanceeGovernance Academy EstoniaEstoniaMinistry of Foreign Affairs & International Relations
ShareTweetPin itShare

Previous
Njala University student writes code for his country: how an intern’s grit earned him a role in the Office of the President
Next
Sierra Leone’s leading agencies for data, innovation sign MoU for knowledge ​sharing