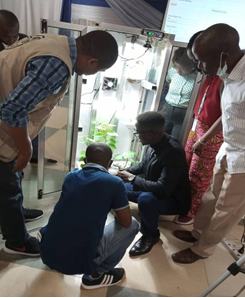 As part of the Directorate of Science, Technology and Innovation’s commitment to strengthen Sierra Leone’s tech and entrepreneurship ecosystem and ongoing partnership with the UNDP Accelerator Lab, a team of technical specialists from DSTI, the Ministry of Agriculture and Forestry (MAF), Food and Agriculture Organisation (FAO), Njala and Limkokwing Universities joined the UNDP Accelerator Lab to launch a two- day collective deep-dive mission into proposed agricultural innovations.

The mission’s objective was to bring together a unique mix of technical experts to thoroughly examine the presented solutions developed by young innovators. Drawn from their wealth of experience in diverse related fields of study, ranging from Agriculture and Agro-tech to design thinking and entrepreneurship, they set about to collectively design two solution-fit experiments. Identify required data to be collected and outline possible result measurement indicators guided by the UNDP Accelerator Lab Experimentation Tool Kit.

To give insight and set the stage for the two-day Collective Intelligence session, a detailed presentation about the UNDP Accelerator Lab was delivered by the UNDP Team followed by a brief video summarizing the impact and achievements made within the 18 months of the Lab’s existence.  The strategic role that the Accelerator Lab Team plays within the Innovation and Digitization ecosystem were further amplified by subsequent presenters who cited the groundbreaking influences these experiments will bring about.

The first solution that was examined on day 1 was, Deep Water Culture Hydroponics.

Hydroponics is a type of horticulture that involves cultivating crops without soil using mineral nutrients in an aqueous solution. Samuel Miatta, a young innovator from Bo who from a university lecture became keen in understanding hydroponics agriculture.  Samuel plans to revolutionise and restore urban farming using greenhouses to provide a year-round supply of some seasonal fruits and vegetables to enhance daily dietary needs and meet the needs of a competitive market and consumer demands. He presented a prototype of an enclosed soilless unit where cucumber is currently being cultivated.

He further expressed that, “having such collaborative and interactive space for constructive feedback to be provided by industry experts motivates me to continue pursuing my passion for innovative solutions in the agricultural sector.”

The next solution that was examined on day 2 was a locally built poultry hatchery, presented by another young and promising innovator, Martin Dainbaquee from Kono District. Statistics shows that 85% of local poultry farmers import day-old chicks because there is no known functioning hatchery in-country. This situation was made worse by the C19 pandemic travel restrictions, as a result most poultry farmers ran out of stock significant decline in the local production of eggs.

Faced with this challenge Martin and his friends decided to design and build a prototype of the unit that was presented to the panel. Main features of the hatchery are incubator loading tray, temperature and humidity controllers, auto-regulated egg turning switch, egg testing and brooding areas.

This Agriculture deep dive forms part of a string of similar sessions to be held in Energy, Water Management and Hygiene planned for 2021, as the UNDP Accelerator Lab team continues to expand the Country Office portfolio of experiments. The hydroponics and hatchery experiments will start in July 2021, and we hope to learn more about the outcomes of each experiment and share this knowledge with a wider national and international audience. From the learnings, the solutions can either be recommended for growth investments or redesigned depending on the outcome.

In the coming years, Sierra Leone stands to reap the rewards from radical but result-based innovation currently being invested in across the spectrum. Hence why the UNDP Accelerator Lab continues to identify and support local solutions and innovators, while promoting strategic partnerships, with the aim of developing a conducive ecosystem. The accelerator lab plans to continue to develop initiatives where state and non-state actors flourish in their respective spheres of influence, while contributing towards attaining collective national socio-economic objectives. 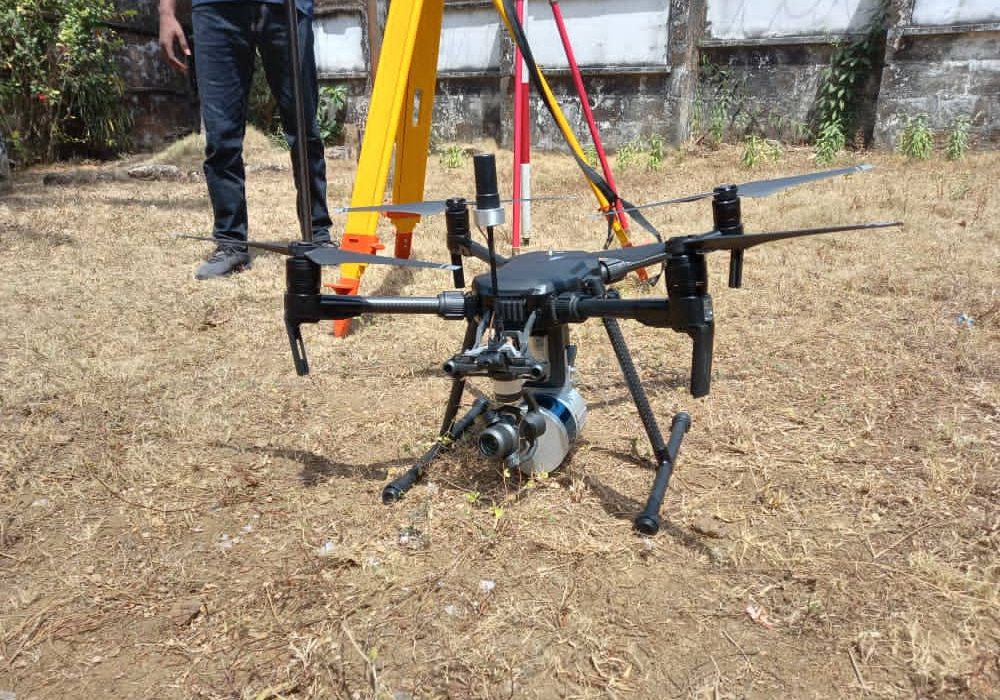 The Agricultural sector is crucial to the Sierra Leonean economy, it not only accounts for an estimated 60.7% of the GDP but engages around two-thirds of the national labour force, according to World Bank national accounts data.

The country boasts of approximately 5.4 million hectares of arable agricultural land, 75% of which is available for rapid cultivation. With an average rainfall of roughly 3,800mm per year, the country is one of the most humid areas in Africa.

The 11-year civil conflict now in its past,  destroyed critical agro-based infrastructure which saw statistics on food security plummet considerably; the agricultural sector has been constrained by several factors, including lack of improved inputs, shortage of skilled labour, and post-harvest losses. These constraints were further worsened by recurrent climatic shocks, flooding and erratic precipitation patterns during the seasonal rains. These shocks have increased not only short-term hunger but also compromised the resilience of poor households.

In an effort to supplement this national response to these underlying challenges, Track Your Build (TYB) was contracted to conduct an Aerial Survey for the Directorate of Science, Technology and Innovation on behalf of Njala University.

Mr. Thomas T. Songu, ICT Director at Njala University stated that, “Sierra Leone’s population is increasing rapidly, requiring the farming sector to grow exponentially to sustain national development. Luckily, a new relationship has formed between technology and agriculture. Drones and precision agriculture are helping farmers increase food production, protect their crops and protect themselves from poverty. To realise this technological innovation, DSTI and NU are collaborating to use drone and precision agriculture to benefit Sierra Leone: using drones and UAVs to improve land registration process; provide farmers with aerial view of their crops, allowing them to manage them better and notice changes; provide data that helps farmers take inventory of their crops and estimate crop yields faster, and changing the schema of crop insurance.”

The data captured through a drone was used for Aerial Photogrammetry to produce a Topographical Survey as well as an NDVI Survey of a Researchers Farm site at the Njala Mokonde Campus, Moyamba District. Photogrammetry is the science of collecting physical information from photos, often aerial images captured by drones, and combining enough pictures of the same feature.

Surveying and GIS professionals use drone photogrammetry, along with accurate GPS data, to create 3D maps and models for use in construction, waste management, mining, and aggregated workflows.

Normalized Difference Vegetation Index (NDVI) is a measure of the state of plant health, based on how the plant reflects light at certain frequencies.

TYB mapped out a total of 932 acres in 4 hours, collected 7 Ground Control Points and processed a total of 517 pictures.

Delivering an appraisal of the exercise DSTI’s COO and Director, Michala Mackay, said “This is part of the groundbreaking Human Capital Development Incubator work ongoing at DSTI. The HCDI was set up to design and pilot data-driven solutions, accelerating impactful investments to Sierra Leone’s human capital portfolio. It is focused on driving sustainable innovations in the education, health and agriculture sectors using a robust solution-based three step strategy”

The scaling up of this intervention has the latent capacity to benefit framers in more ways than one. To start with, It offers potential benefits of increased yields, reduced operating costs and superior environmental risk management. Additional benefits include; improved crop maturity and quality, higher tolerance to disease and pest damage, and increased growth, collected data will provide farmers with detailed and accurate information about areas of fertiliser application.

All of these inherent benefits would encourage a transition from subsistence to commercial and mechanised farming markedly resulting in national food security.

Immersed in thoughts of never ending possibilities, I was promptly stung back into reality when our vehicle alighted at my stop, bringing to an end an all but fun trip working with drones, making discoveries and enjoying the simple thrills of life in the provinces.

As DSTI 4AIR lead, David Manley peered out the window, as the vehicle raced along the highway to Freetown, it was evident that the DSTI soil data collection exercise at Njala University had on all accounts been eventful and riveting, but more importantly, productive. The vast fields of green, silently chiming the untapped potential of bountiful harvests hinted at the colourful prospect of food security for every Sierra Leonean.

Directorate of Science, Technology and Innovation (DSTI), has signed an MoU with a not-for-profit community-owned initiative, 10 Academy to implement the 4IR for All (4IR4A) project.

The 4IR for All project, led by 10 Academy, will be a coalition of African universities and TVET institutions, global industry, individual young Africans, and governmental agencies working together to reach its goals. 4IR4A will link higher African education institutions and create a platform to train and inspire all interested young Africans to get skills for the 4th IR, starting with data science and growing to include other fields including the Internet of Things (IoT), artificial intelligence (AI), robotics, bio-engineering, blockchain, quantum computing and others.

This is in line with the Government of Sierra Leone’s interventions in digital learning as a response to the COVID interruptions. Those e-learning initiatives have been rolled out to support remote learning in schools and universities as well as provide opportunities to upscale and prepare the current workforce to acquire the requisite skillsets for roles during and post-COVID. Other activities have included the launch of the first African Coursera Workforce Recovery Initiative which offered every Sierra Leonean the opportunity to learn and earn a certification in over 4000 courses across 400 specializations in in-demand and industry-ready skills. In November 2020, DSTI also launched the Digital Foundation for Public Service Program in partnership with EDACY which provided an opportunity for 250 employees in the public sector to acquire digital skills and mindsets.

● Customized training of academics and PhD students, enabling 4IR to be integrated into research work and for educational curricula to be updated

The project will provide:

A curated and updated list of self-teaching resources, for students to learn from

Monthly teaching-learning challenges, each an end-to-end industry-style data science project, with as many as possible developed using real data, with tutors and support available to help learners progress

The next batch of training starts 12 July 2021 and previous batches saw 75% of trainees placed into work within 6 months, working for companies around the world. 40% of training spots are for women. No application fee, and you only pay it forward once you are getting paid. To apply and get more information, please access the link 10academy.org/train. Applications close 13 June 2021 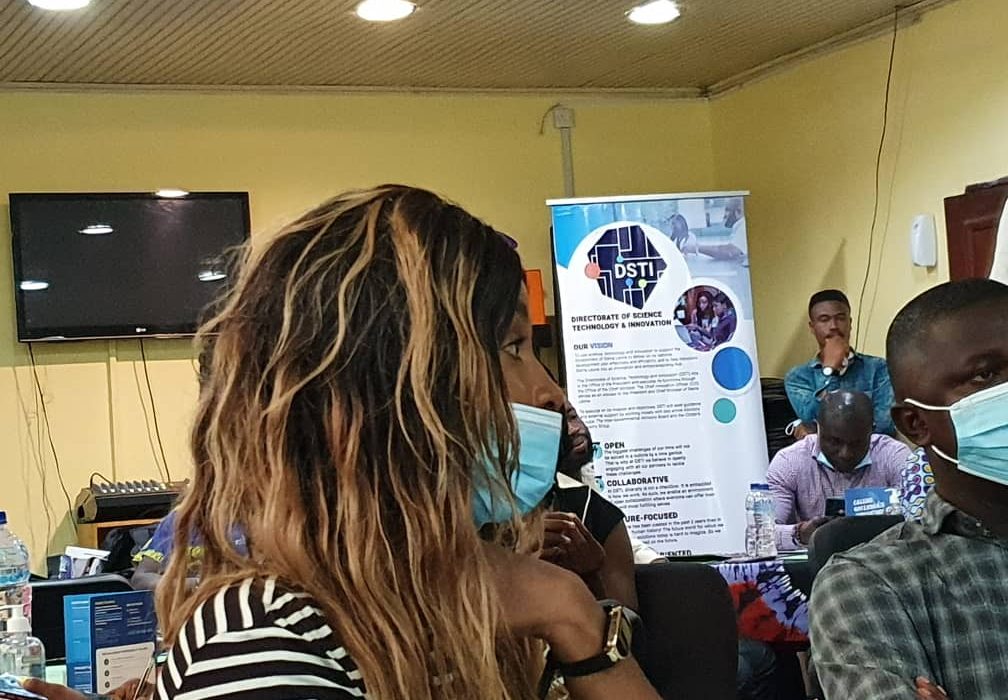 How DSTI is transforming Governance with one public servant, within one institution and for one citizen at a time

Over the next two weeks, six Ministries, Departments and Agencies, DSTI, an embedded researcher and an awesome volunteer facilitator/researcher/civic tech expert, my wife, Kate Krontiris are going to be solving critical challenges that will transform the lives of citizens done through an MIT GOV/LAB custom-developed course for Sierra Leone.

Below are the MDAs and their initial problems/solutions.

Office of the Administrator General: Digitalisation of land records for enhanced citizen access

This latest high-level partnership between DSTI and MIT and local partners like Africell is valued at about $100,000 of which $80,000 will go towards problem solving directly. At least two of the six teams will win up to $40,000 to implement their ideas.

This Bootcamp also builds on The Directorate of Science, Technology and Innovation – DSTI ‘s strategic digital skills development of government employees including the Coursera Workforce Recovery program (which targetted 50,000 participants) and the eDACY Digital Foundation for Public Services (250 participants).

Our vision at DSTI was to support delivery of the Government’s National Development Plan and to strengthen Sierra Leone’s entrepreneurial ecosystem. On both of these, we are happy to be transforming Governance while building human capacity at all levels one person, one institution and one life at a time.